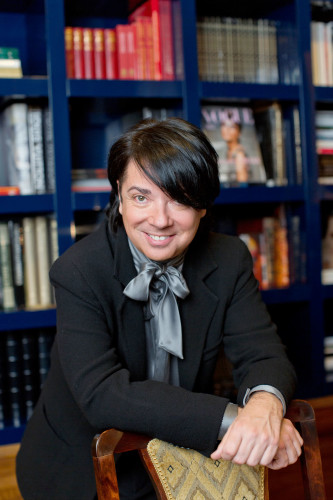 Valentin Yudashkin is the most famous Russian designer. His works are exhibited at Louvre, at the Californian Museum of Fashion, at the State Historical Museum in Moscow, at the International Museum of Olympic Games and at the Metropolitan Museum of Art in New York.

Valentin was born on October 14th, 1963 in the village Bakovka near Moscow. In 1986 he graduated with honors and a distinction from the Moscow Industrial Secondary School with two degrees: history of traditional costumes and make-up and decorative cosmetics. 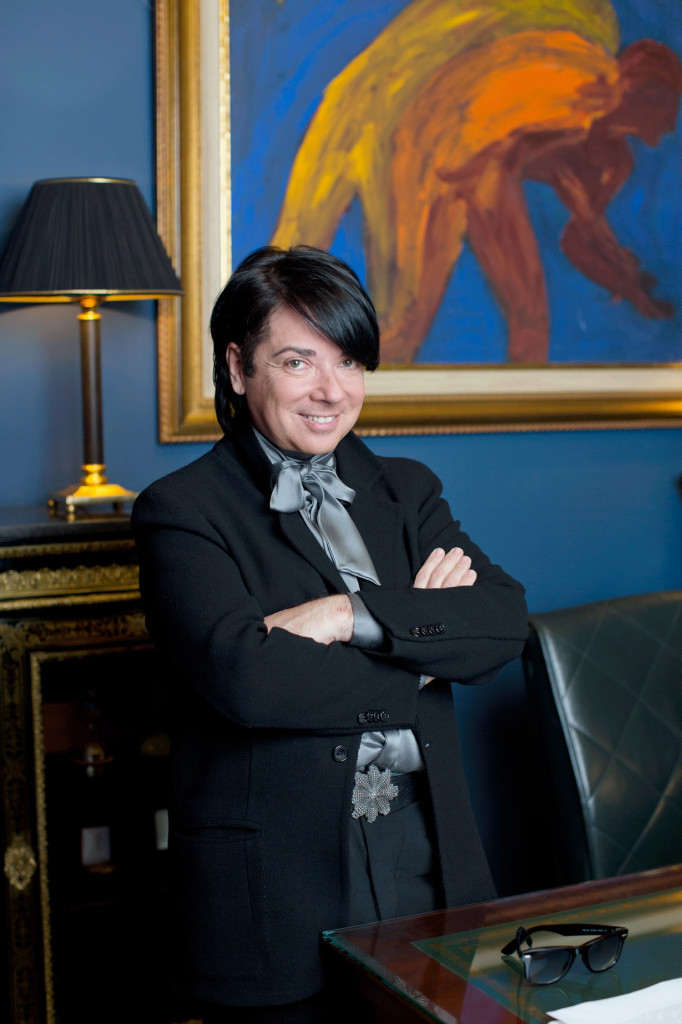 It all kicked off with the Fabergé collection shown in 1991 in Paris which received plaudits from all over the world and was seen a great success by the most acclaimed fashion critics. Some of the pieces from the collection were taken by the Louvre Museum of Decorative Arts and the Californian Fashion Museum. From then on Valentin Yudashkin began presenting the haute couture collections at the Paris Fashion Week annually.

In 1994 Valentin became a member of the High Fashion and prêt-à-porter Association of Russia and played the leading role in the creation of the Moscow Fashion Week which not only supports the Russian fashion industry as a whole but also helps young fashion industry professionals to find new and exciting opportunities. Soon after the Valentin Yudashkin Fashion House was accepted as a member of the Syndicat de la Haute Couture in Paris and it was the first time in the fashion industry history that such a respectable organization admitted a Russian member.

Since 1999 the Valentin Yudashkin Fashion House participated in more than 18 haute couture and 30 prêt-à-porter fashion weeks annually with the first ever show held at the Milan Prêt-à-porter Week. Three years after his debut in Milan Valentin decided to participate in the New York Fashion Week which turned out to be a great hit with one of the pieces from the Anna Karenina collection being donated to the Metropolitan Museum of Art. The news were greatly received in his homeland and by decree of the Russian President, Valentin Yudashkin was awarded the title of the Honored Artist of the Russian Federation.

This proved to be the beginning of a very successful time for the fashion house with Valentin claiming a whole set of international awards as well becoming a Cavalier of the Art’s and Literature Order of the French Republic (2007) and a member of the Honorary Order for Contributors to Russian Arts (2008).

In 2010 the Valentin Yudashkin fashion house started an expansion and product diversification program which resulted in the opening of a flagship boutique in the historical center of Moscow within a magnificent seventeenth-century mansion. The program also resulted in the launch of the La Maison line involving household linen, silverware, porcelain, glass, candles and household fragrances, the Royal Amber line and the interior design studio.

2003 – “Fashion history by Valentin Yudashkin”, an exhibition at the State Historical Museum in Moscow, dedicated to the fifteenth anniversary of the Fashion House

2013 – “Valentin Yudashkin. Fashion in the world of art” exhibition at the Pushkin State Museum of Fine Arts 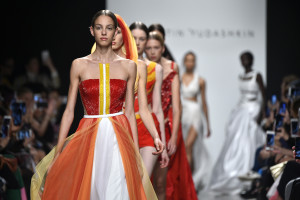